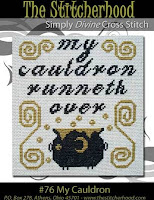 Looked at the design Monday night ..... and apparently Christmas was on my mind, even though it's way too early for Christmas thoughts ... but  NO L!   The word said   CAUDRON.   See .. no   L!
I'm sure someone would notice that, so started pulling out the CAU.  I'll start remedial spelling again tonight and maybe this time actually LOOK at the chart ... and the fabric .. as I'm stitching.
Posted by Deb at 6:08 PM 5 comments: 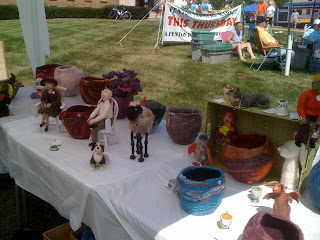 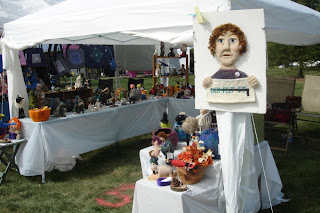 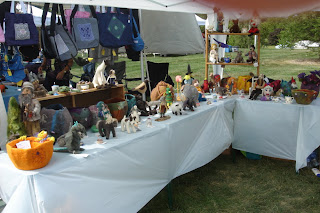 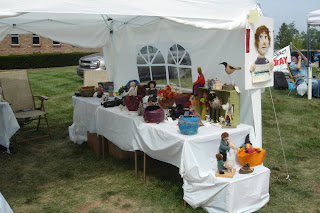 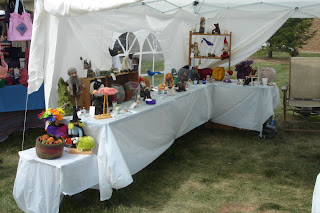 On Sunday, forget about the bowls .. it didn't matter whether a guy came in or was just walking by .. "Ivan and His Bunny" got all the male attention that day!  Go figure!
All in all .. it was a fun experience (with the exception of an hour or so where Debbie and I looked at each other and said ... "so this is what boredom feels like!"    :)  I didn't sell out
Now I have the task of taking pictures of everything left from different angles so I can add them to my etsy store!
Posted by Deb at 2:58 PM 5 comments: