Nick and the Squirrel Dispenser

Do you remember several blogs ago where Nick was 'telling you' all about the current squirrel epidemic and about his 'squirrel dispenser'?

Well, the Squirrel Fairy must have visited over the weekend and filled his dispenser up with squirrel again .. when Nick went outside, he went right to the dispenser at a dead run! He was overjoyed! Put in his quarter, pushed the button, and ...... wait a minute .... my squirrel didn't drop out! So ... let the game begin.

One hard push with his nose .. another push .. then push upwards so that it makes this huge clanking noise .. race to the other side and push again .. back to the first side, no squirrel yet, push it up and down a couple more times, then run around it barking!
(the pics were taken one after another .. these were the best, some he was just moving too fast for the focus to come out) 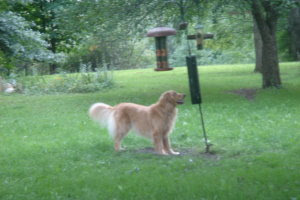 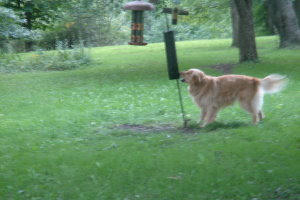 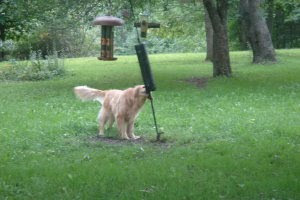 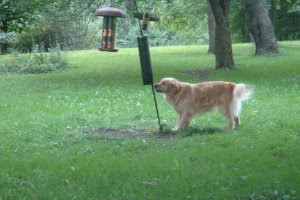 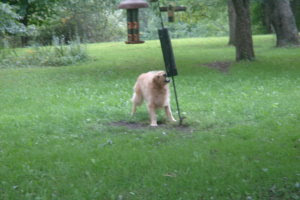 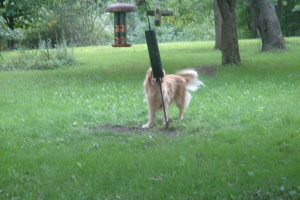 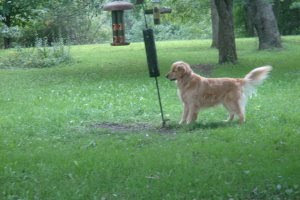 Then ... when all else fails ... run around like a fool as fast as you can with a stuffed toy carcass in your mouth! That'll let that darn squirrel know ... this is what could have happened to you! 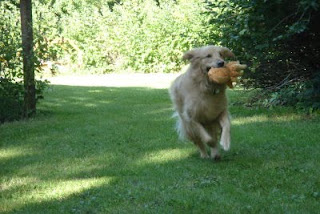 RTFL! Poor Nick. You need to buy him another stuffed squirrel. :)s

Oh my gosh, that is just TOO funny and those pics are precious! Maybe he can teach my Star how it works?

I love it! Nick is so precious.